After two years of researching, hoping, and waiting, we accepted delivery of our 2018 Unity FX on September 2, 2017. To celebrate its arrival, we “dramped” (driveway camped) for a couple of nights in front of our home in Rio Rico, Arizona. As we lay there in our brand new Unity we had to pinch ourselves – was this just a dream? We couldn’t believe we were sleeping in our own Leisure Travel Van! 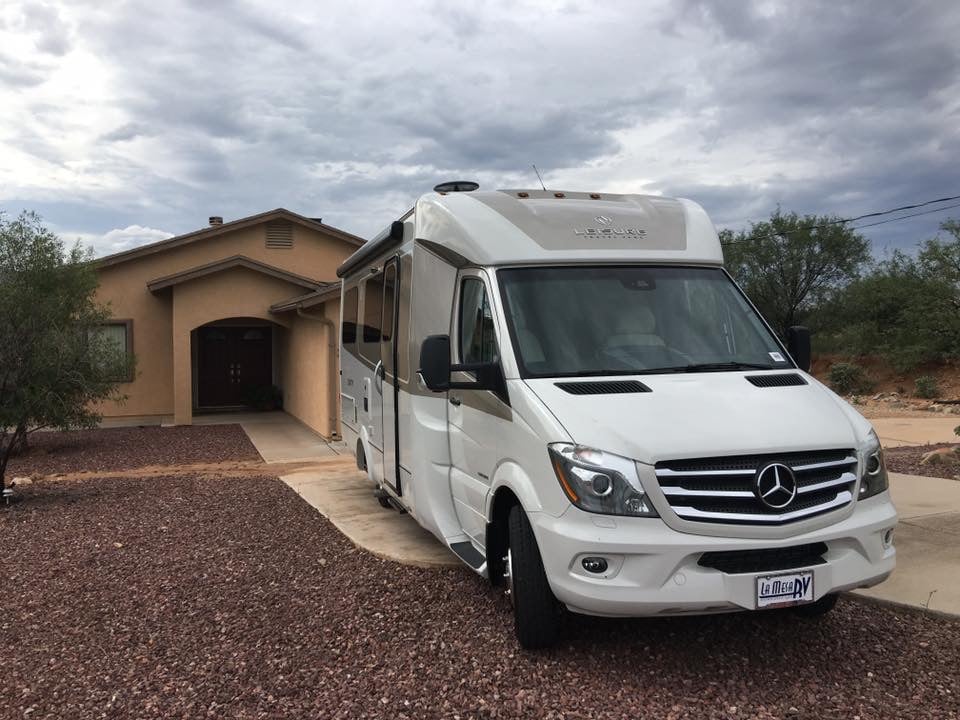 Driveway camping at our home in Rio Rico, Arizona.

Getting set up, with a little help from friends

When we did the walk-through upon delivery of our Unity, it was over 100 degrees Fahrenheit outside. The technician tested the water coming out of the kitchen faucet and noted that the Truma water heater was working fine, checking it off his list. However, we quickly noticed that we weren’t actually getting hot water to the kitchen sink. During the walk-through, the water must have been pre-heated by the outside temperature!

Instead of leaving our Unity with the dealership while they sorted out the issue with Truma, we asked for help on the Leisure Travel Vans Enthusiasts Facebook Group and received immediate responses. One group member even sent a picture of what the valves under the sink were supposed to look like when the water heater was working correctly. Thanks to the picture, we discovered that one of the valves that should be open was closed. We opened the valve, and our water heater began working perfectly. Problem solved!

MaryAnn started reading all of the manuals in our Unity FX as soon as we got it home.

Out on the road for the first time

We were officially ready for our first road trip, and we set out in our new RV to the Buenos Aires National Wildlife Refuge to do some free boondocking on Bureau of Land Management (BLM) land. Even though we had watched numerous YouTube videos and rented three RVs before we made our purchase, this was still our first RV and we knew we had a lot to learn about our rig.

The road to Buenos Aires Wildlife Refuge winds around through rolling hills, but the Mercedes engine took the curves and hills in stride. During this drive, we discovered that the engine seems to have a sweet spot – at around 45 miles per hour, the miles per gallon (mpg) went up! We were getting 16-18 mpg. Of course, the engine wasn’t broken in yet; it had just 38 miles on the odometer when we took delivery of our Unity. But with the gas engine rigs that we rented before purchasing our Unity, millage was 5-8 mpg no matter how slow or fast we drove. 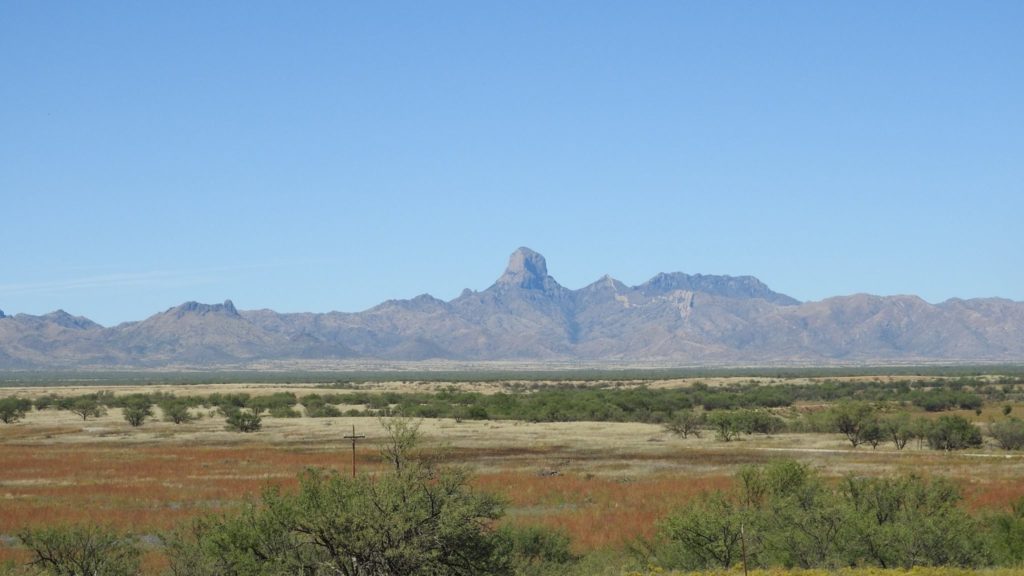 Buenos Aires National Wildlife Refuge is located in southern Arizona around the town of Arivaca. Arivaca is an unincorporated town 11 miles north of the Mexican border and 35 miles northwest of the port of entry at Nogales. European-American history of the area dates back to at least 1695, although the town was not founded until 1878.

To get to Arivaca and the Refuge, take Interstate 19 south from Tucson toward Amado, turning off on West Arivaca Road. Just before arriving in Arivaca, you’ll spot signs for the Buenos Aires National Wildlife Refuge. This first area of the Refuge east of Arivaca is a great place to picnic and walk the boardwalk through wetlands, woods, and grasslands. There is plenty of wildlife to see, such as deer and a variety of birds. After eating lunch, we drove through the small town of Arivaca and into the main area of the Refuge. 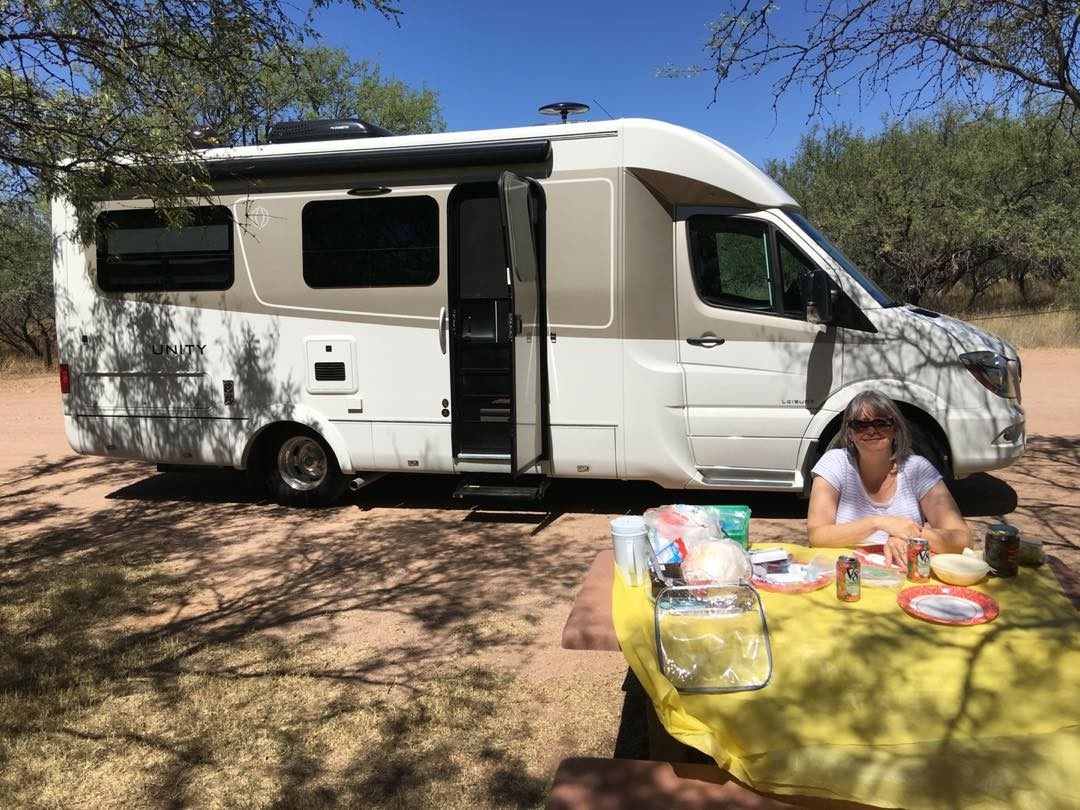 We stopped for a picnic in the Buenos Aires National Wildlife Refuge east of Arivaca, Arizona.

In the area west of Arivaca, the Refuge opens up into a valley surrounded by the Las Guijas Mountains to the northwest and the foothills of the San Luis Mountains to the south. Because the area is so close to the border of Mexico – within 10 miles – the Department of Homeland Security Border Patrol watches the area closely, passing through routinely every 3-4 hours. The visitor center offers a very interesting movie about the history of the area and how it became a National Wildlife Refuge.

Boondocking for the night

Camping on the Refuge is free, however, it is wilderness camping with no facilities at all. Dirt roads lead into the designated camping areas for dry camping, where peace and quiet abound – we were the only people there for miles – and there is plenty of wildlife to behold. The scenery is breathtaking!

Upon arrival, we weren’t sure where we were allowed to camp, so we drove to an area that looked fine to us and just set up our site. A couple of hours later a Border Patrol Agent drove by us and about an hour after that, a Park Ranger came by and politely said, “You guys look out of place here.” He pulled out a map of the Refuge and showed us where we could camp. So, we packed up our stuff and moved to the designated camping area that he had shown us… only to have to turn around and drive back to pick up the welcome mat that we forgot to take when we packed up!

We stayed at the Refuge for one night, testing out all the systems in our Unity. We tested the generator, air conditioner, and all of the appliances, and all systems worked as advertised with no problems at all. Since the elevation on the Refuge is 3,643 feet above sea level and we were there in late September, the temperature dropped at night into the mid-to-upper 40s (Fahrenheit). This gave us a chance to test the furnace as well!

The sun rising over the mountains in the morning was outstanding. We were in about 180 square feet of space, but the great outdoors was our front yard! As far as things to do in the Refuge, it’s about wildlife viewing and enjoying the beautiful scenery, seclusion, and peace and quiet – just you and nature. 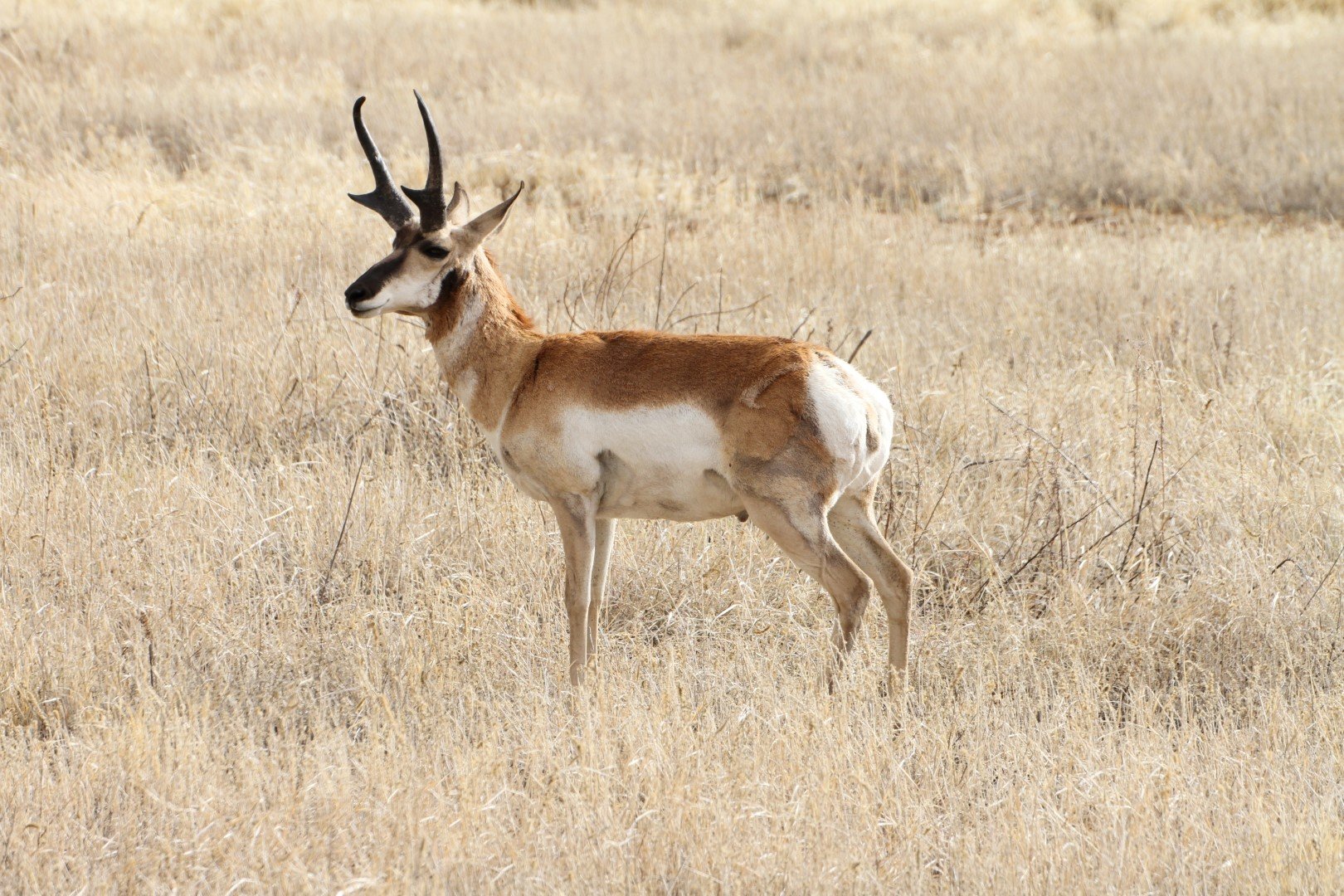 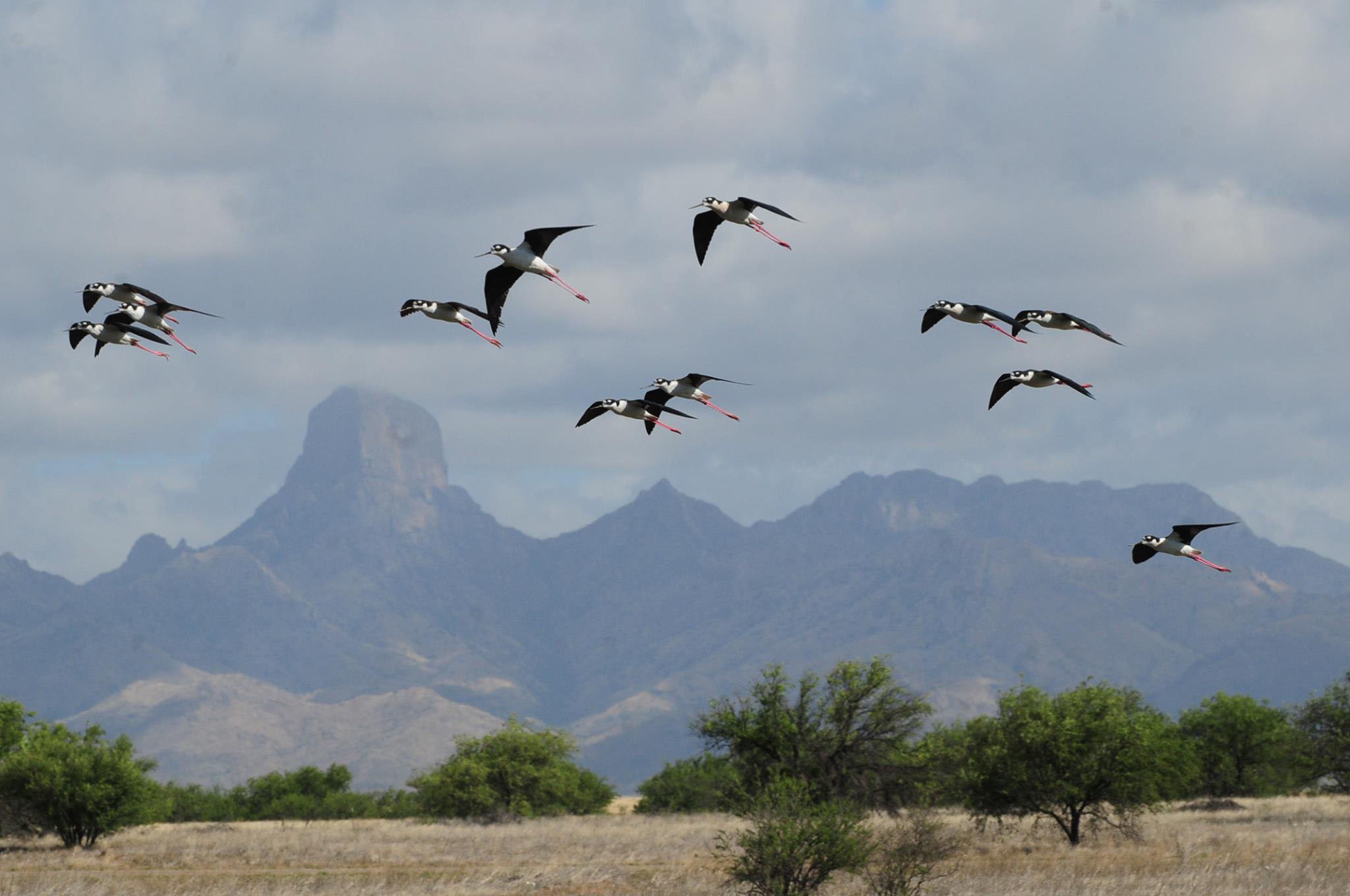 When we left the Refuge we were so excited about our new Unity FX and ready for our next adventure, the Balloon Fiesta in Albuquerque, New Mexico! We would be meeting up with the Leisure Travel Van Southwest Roadrunners Travel Club in Albuquerque. We had become members of the club even before we took delivery of our Unity, and after our first road trip, we were ready to go out on the open road to meet new people and see new things.

Following our first road trip, we did discover that we needed to develop a checklist to review before we drove away from a campsite – we left behind our welcome mat a second time when we left the Refuge! 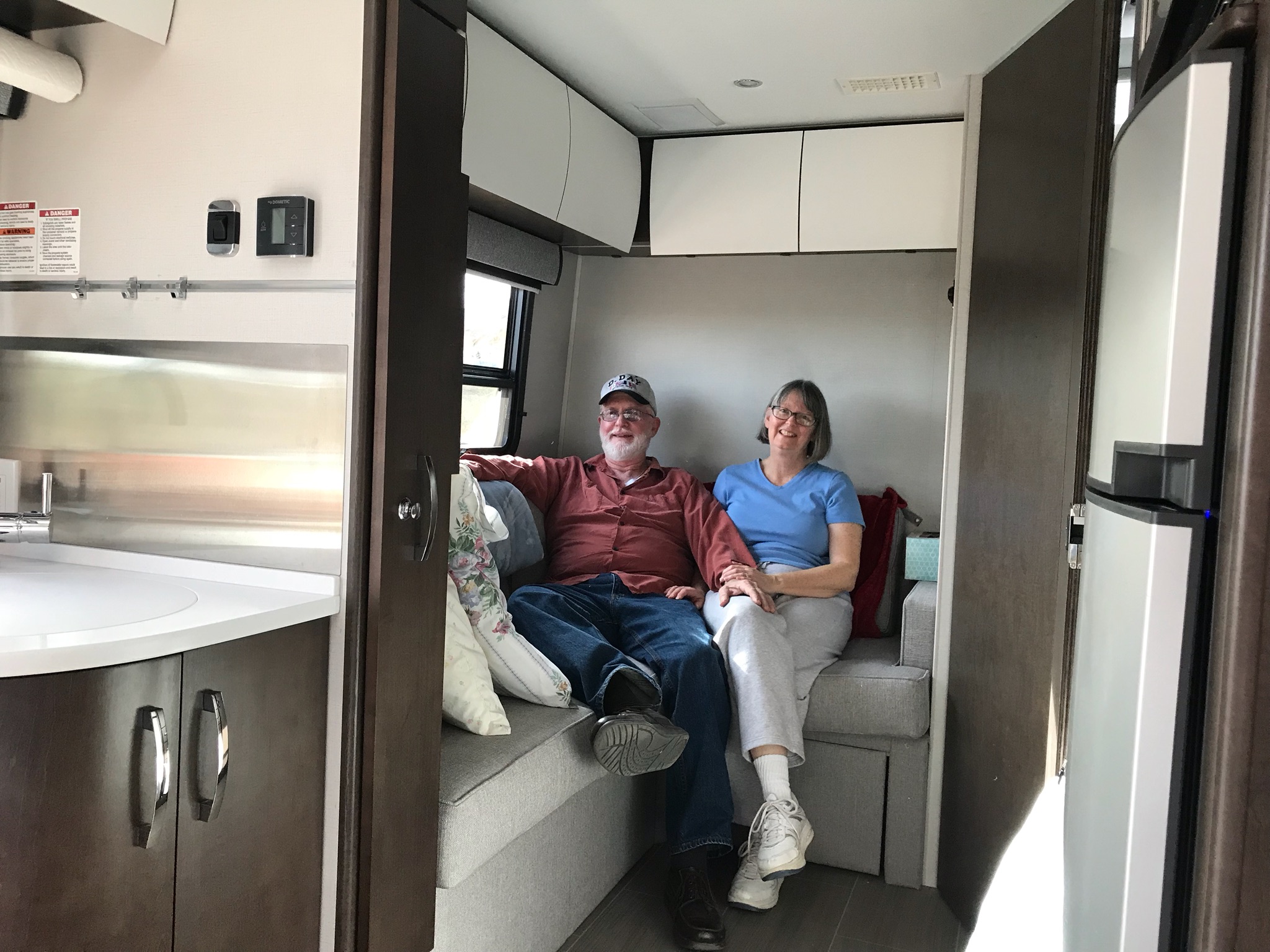